The Urethra Monologues, Part Two: In Which I Am Thrust Into the World of Self-Catheterization

April 12, 2018
Six months after braving Urodynamics, I was still on Doxazosin and pursuing a new approach: physical therapy. I first met with a wonderful woman outside of DC whose office was welcoming and yoga studio-like. I desperately wanted her to take care of me but knew that a 90 minute commute each way via Metro (ah, the good old days when I still traveled independently!) was too much. She referred me to a rehab practice in DC where I worked with a woman who definitely knew her stuff but was significantly less nurturing. Under her tutelage I did Kegel after Kegel to strengthen my pelvic floor. I was sent home with a rented device to put inside me while I did my exercises. It was a hard and unpleasant couple of months, but I did come out of if with better bladder control. For a while.

I continued to see the wonderful Dr. Phillips and returned for my second urodynamics study (some girls have all the luck!) the summer of 2012, two years after my first one. There were some unexpected updates. This time I was treated to a rectal probe (yay!) as well as a real-time x-ray type scan that allowed me to watch my bladder filling up like a balloon, which was a bizarre experience. Even before the test, the nurse scanning my void diary (which included 15+ bathroom trips/day) mentioned intermittent self-catheterization as a possible solution, and, by the time all was said and done, everyone agreed that we should give it a try. Um, right now? Ack.I cried a little and then pulled myself together and gave it a go with the amazing nurse Hazel talking me through. It was neither easy nor comfortable, but it also wasn't as hard or painful as I'd feared. And, as horrible as self-catheterization seemed, Hazel unintentionally provided me with some good perspective while giving me instructions. "You'd be amazed how many women look at me blankly when I say 'Put your fingers around your clitoris.'" I might have to pee through a straw but at least I know where my clit is!

That first week was awful. In addition to having to lug my new catheter samples (including some alarmingly long ones) and lubricant, I carried what is commonly referred to as a "hat" -- a plastic container that sat on the toilet seat so I could measure my output and report back to Hazel, who would then help me figure out how many catheters to order. Some days I managed to catheterize maybe twice after rendering my ladybits sore from inept poking around. It is a cruel coincidence that folks with MS who have to self-catheterize also likely have hand tremors and/or poor manual dexterity. Even now I sometimes struggle, but I did eventually get the hang of it. Dr. Phillips told me the goal was to be able to sit through a whole movie, and within a month I could do just that.

So, since 2012, I have peed unassisted only rarely, usually in what my father charmingly refers to as "floating molar" situations, where even my uncooperative bladder cannot help but behave properly. Self-catheterization has become as normal to me as toothbrushing. I cheerfully discuss my catheter needs and preferences with the staff at 180 Medical. (If, heaven forbid, you or someone you love ever has catheter needs, I cannot recommend them highly enough.) I have bought myself a series of stylish bags in which to hold my stash. I have been grateful not to be a slave to my bladder. Still, when I hear someone forcefully peeing in a stall next to me, I get a little wistful, knowing that will never be me again. Next time you have a really good pee, enjoy it for me.

P.S. Medical lubricant seems to come in two sizes -- ketchup packet and large toothpaste tube. Once when I was out to dinner with my friend Donna, while getting up to go to the bathroom, a toothpaste-sized tube clearly marked LUBRICANT leapt from my purse, falling at the feet of our waiter. Donna made a noble effort to kick it out of the way, but it was too late. Lord knows what that waiter thought I was doing with that lube, but he didn't make eye contact with me for the rest of the night.
MS Multiple Sclerosis

Popular posts from this blog

On Being An Only: In Which I Examine Life As the Sole Disabled Person in the Room 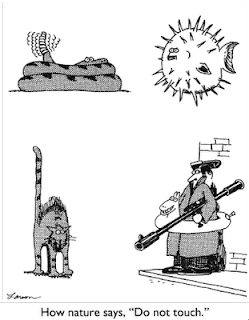 A nice/terrible thing about living with MS is that it's often invisible. As mentioned in previous blogs, the occasional incontinence mishap can be a private hell, which is indeed a hell but is at least private. Fatigue is similar. A common complaint of people with MS is people saying, "But you look so good!" If you're vain like me, you tend to focus on the "look so good!" bit. Still, when others focus on the outside, the inside feels diminished. Disregarded. And that can hurt. In some ways, it was a relief when I began using a cane regularly. It's a sign to the outside world that says, "Hey, this person is different." The general public doesn't always notice that sign, but, even when I'm not shown the courtesy I'd like, when something goes wrong--a dropped glass, a stumble--folks see the cane and think "well, sure." I've moved with an M-acceSsory* for a long time, and I've often thought about how I am perceived.
Read more

Stumbling Towards Ecstasy: In Which I Say Orgasm A Lot 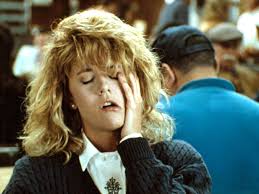 I learned about sex under the geodesic monkey bars at A. Brian Merry Elementary School in the first grade. My friend Brandy* stood amid a rapt group of girls, telling us what she's read in a book she found in her parents' bedroom. I was shocked. Surely no one would ever do that. Surely my parents would never do that. Ew ew ew. I got over it relatively quickly. In middle school an article in Glamour led me to my first, accidental orgasm, and, once I got over the initial shock (because, really, who is prepared for that first one?), I was a fan. No need to go into details here--I sorted out what worked for me and happily took things from there. As I got older, articles about women that were unable to achieve orgasm would cross my path occasionally and I'd wonder who these poor people were, thinking fondly of my bedtime triple from the previous night. Even the fumblings of inexperienced boys could usually get me where I wanted to be. In college I joked that if you looked at
Read more

stumblr.blog: In Which I Point You to My New Home Online

September 02, 2019
My musings can now be found here: https://stumblr.blog/ (Or there, technically.)
Read more